Federation for a Sustainable Environment (FSE) CEO Mariette Liefferink laid charges against Mintails last week after months of animated interaction regarding alleged non-compliance with, among others, the National Environmental Management Act and the National Water Act.

Mintails mines mine dumps left in the West Rand to derive its gold output, which is then fed to its processing gold plants near Krugersdorp.
The company then aims to rehabilitate the land, returning it for other use to the surrounding community.
Mintails CFO Eddie Milne said at the time the company was well aware of its environmental responsibilities but that it did not have the resources to perform rehabilitation on the scale that Liefferink envisioned, given the stringent deadlines proposed.
“We’re dealing with decades of historical issues in this area, including uncontrolled decant of acid mine drainage (AMD) prevalent from as far back as 2002. It takes significant time and significant resources,” he said.

Pipes carrying heavy metal-laden sludge to and from the Lancaster Dam are seen 27 March 2014, in the Krugersdorp area. Spillages are common along the pipeline, managed by Mintails Mogale Gold plant, owing to ageing infrastructure. Picture: Michel Bega

In response yesterday, Milne said the company was yet to see details of the FSE’s complaints and could not comment further without having first seen the documents and seeking legal advice.
“We are, however, in full agreement with the FSE that the environment needs cleaning up and that we must remain accountable for environmental liabilities within the law,” he said.
In an affidavit submitted to the police, Liefferink claimed the company “intentionally or negligently” polluted water sources and the environment.
Partially treated AMD from the nearby Trans Caledon Tunnel Authority plant is deposited here and used by Mintails in high-pressure water canons to blast through mine dumps.
Liefferink had noted several spillages along the “entire pipeline route”.
“The spillages impact on public areas, the headwaters of the Wonderfonteinspruit, a tributary of the Vaal River … Potchefstroom’s main water reservoir and wetlands are of ecological importance,” Liefferink wrote.
She also claimed that the desiccated Tudor Dam, previously mined by Mintails, now contained levels of uranium and radium well above regulatory limits, and that the company was yet to honour a Department of Water Affairs directive “to immediately remediate the dam or fence off all licensed areas”.
External auditor Dr Anthony Turton last week vehemently denied Mintails’ criminal culpability, saying internal administrative processes and incompatibility of different legislation were largely to blame for the company’s compliance issues.

Article published in The Citizen. 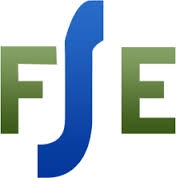