After “Bananas,” “Bikes vs Cars” and “The young Zlatan” give the prized Malmo filmmaker Fredrik Gertten into a South African environmental disaster. Along with the two South African filmmaker is he doing now documentary “Jozi Gold” about how an unlikely environmental activist takes up the fight with the mining companies in Johannesburg.

At the end of the apartheid era in South Africa worked Malmo journalist Fredrik Gertten as a foreign correspondent in the country. Since then, he had a piece of his heart remains in South Africa.

– I worked there from 1986 to Mandela became president in 1994. It was such a dramatic time, so it remains in the body. I have a great love for the country and have many friends left, says Fredrik Gertten.

The relations lies behind his new film project actually started in Adam Welz head. Welz is a South African environmental journalist who began work on a documentary film about the mining industry in Johannesburg and made contact with Gert Tens film company WG Film. Gertten in turn contacted the South African Sylvia Vollenhoven, so now it’s the three together are the film’s directors. Vollenhoven is a name that many Swedes might remember.

– She was Expressen columnist during the apartheid years, but she’s also my friend for thirty years. So I pulled her into this project, says Fredrik Gertten.

He calls the film “Jozi Gold” for a great story and the main character Mariette Liefferink for one of the best documentary film characters he has encountered. The scene of the film is Johannesburg (many called Jozi) where a third of all the gold in the world has been extracted.

– But now the gold finish and still are a lot of toxic mining slag heaps, a poisoned water systems, and the money is gone. The money has built cities like London and New York, but they are not left in Johannesburg. There is instead a gigantic environmental disaster, says Fredrik Gertten.

Now that gold is out of the mines , they have big companies sold the land on to companies that are about to dig through the slag heaps that are also full of uranium.

– People living there on radioactive slag heaps that are on the Chernobyl level. They sleep directly on the ground with only a piece of cardboard between them and the ground. Nowhere else in the world is this sort of pits so close to a city. And then you should know that Johannesburg is a twelve million city.

The main character in the film is Mariette Liefferink that Gertten calls a “unlikely environmentalist.” A mother of four, without any formal training as a former Jehovah’s Witness and suddenly decides to challenge mining companies. She is shown to have an ability to read on and pop the companies on your fingers.

– You get the feeling that if she can make a difference, then I can also do it. It opens new gold mines around the world all the time and every time you share the communities. You know that mountain will disappear, but you do not care about the consequences. In Johannesburg, there is a retrospect on how it ends.

Fredrik Gertten have been down there in South Africa and filmed and is now with the development of the film.

– We need to put together a funding and it is among the most frustrating now. I would like to work in a much higher pace, but the money keeps one back, says Fredrik Gertten.

He testifies that the money in the Swedish documentary film industry is so small that it makes it troublesome to make films with only Swedish funding and audiences.

– We need to make films that might work globally and receive funding from other countries. We have the staff and facilities that must be paid. Those who can make documentary films in Sweden today are young filmmakers who work for free in a few years and it is certainly a good way to buy into the industry, but the cost we do not work there. The films we do have to walk around on their production budget, we can not expect to make any money on it, says Fredrik Gertten.

Then it means you’re not working on a few documentaries about Malmo now?

– No. I would think it would be fun to do more in Malmo, but we can not afford, says Fredrik Gertten as before “Bananas!” Made documentaries on the MFF, the Öresund bridge, Turning Torso, the Kockums crane and magazine work.

Do you work alongside a few other films than “Jozi Gold”?

On 22 March arable Fredrik Gertten and the film’s producer Margarete Jangård Film Festival Dox Cph in Copenhagen to present “Jozi Gold” and pitching it to financiers. 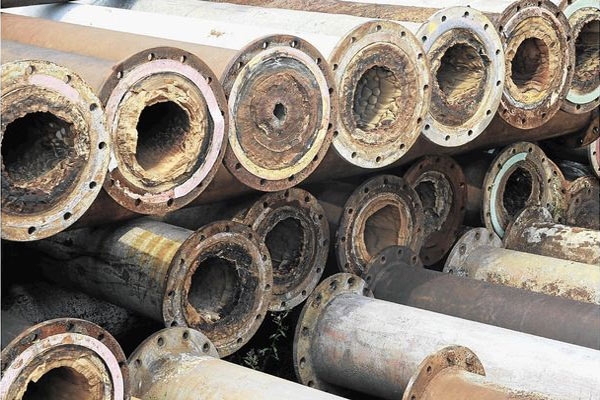